I Was an LDS Homeschooler: Tirzah’s Story, Part Two

Posted on January 7, 2015 by nickducote 7 comments 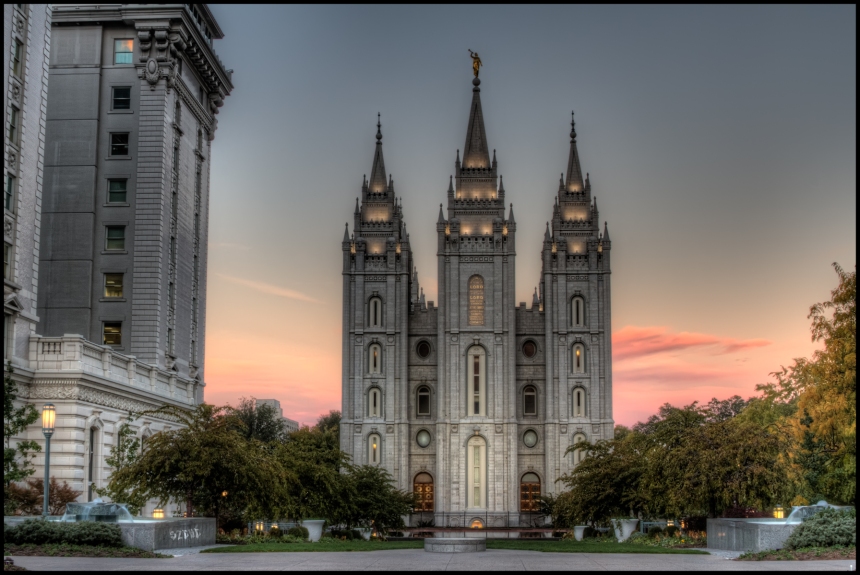 Pseudonym note: The author’s name has been changed to ensure anonymity. “Tirzah” is a pseudonym.

When I went on my mission everything changed.

I learned LDS doctrine and began to really see how dangerous the Patriarchy “doctrines” were. I realized that everything Doug Phillips was so persuasively teaching my mom through his books and CDs and all his lovely “Christian” products was an insidious poison that was slowly strangling me and all of my younger siblings, boys and girls alike. We butted heads constantly through our emails and letters. I began to push back harder and harder against the dangerous changes I saw her making.

She threatened on several occasions to have me sent home.

I talked with my mission President about it every time we met it seemed. He assured me that if she tried or stopped paying (the money that I had worked for free to earn for years) that he wouldn’t allow me to be sent home. It was such a relief to have someone who recognized what was happening and could explain theologically why my instincts were right, and why that lifestyle was theologically unsound for any person who claimed to follow Christ.

I dreaded going home. I thought about trying to extend my mission somehow, but I knew it wouldn’t happen. Now please don’t get me wrong, I love my mom, my step dad, and my whole family. But I knew that a big battle was coming between my mother and I, and I dreaded it.

I flew home, she and I exchanged an awkward hug, then loaded my stuff in the car. We hadn’t even left the airport before it started. I wasn’t allowed to use Facebook because “we weren’t a Facebook family”, my sleeves (which were perfectly acceptable as a missionary) had to be longer, my makeup lighter, I had to start school but I couldn’t use the cars, or get a job, or get into debt. I wasn’t allowed on the computer more than 20 minutes a day, no “modern” music and of course, they had to approve of any boy friend that I might get. And if they didn’t approve then I had to break it off, to set a good example for my sisters.

I tried to work with her for a couple of weeks, tried to get her to see that she couldn’t expect people who were well into their 20’s to be willing to live like a little child. She would have none of it. We weren’t really adults because they paid for our bills. I countered by offering to get a job and help pay for rent and utilities. That was unacceptable because it would disrupt the family, and emasculate my step father. It went on and on, I was called into her room every other day to report to her what my plans were and how I was going to accomplish them, and then she would go through piece by piece to try to dismantle them.

But I wasn’t having it.

A few weeks after getting home I met my future husband. My parents were fine with him until we started dating. Then nothing he did was good enough. If he did handy man work for my dad he was too blue collar. If he didn’t work during the winter then he was lazy. We had to figure out very early on what our goals and plans were, if we weren’t planning on getting serious/married then it wasn’t worth it to continue going out. We decided to get serious. My parents were still unhappy, and placed even more restrictions on me, an 8 pm curfew being one. I found ways around their new rules and got more guilt trips about how prideful I was and how rebellious. I didn’t care. Then came the day when they tried to send me to a different state to keep us apart.

That was the last straw. I called my mom to try to reason with her, but she was adamant. They couldn’t trust me, and she didn’t know if I was fornicating on their couch or not (I wasn’t…) so the only solution was to send me away. And that’s when I told her something that I had never said to her before. “No.” There was silence, then a tense “What???” “No, I’m not going.” Then came the hastily worded mini lecture about how I needed to follow their rules in their house ending with “You know if you really don’t think you can follow our totally reasonable rules then you can always leave.” (This was the worst threat she could imagine ever being given for some reason). “OK.” I replied. There was an even longer silence, followed by an incredulous “REALLY? This is worth losing your family over?!”

Only in my mom’s sad world of jumbled theology would moving out be akin to losing one’s family.

I called my husband/then boyfriend and told him what had happened. His parents found a place for me to stay within a few hours, so I once again began packing my belongings up into a suitcase. Later that day as I talked to my (step)dad he informed me that “they weren’t done raising me”.

I told him that they were.

The next 18 months gave me a very strained relationship with my family. Many of my younger siblings, especially my sisters, felt like I had abandoned them. My parents forbade my husband and I from spending time with them because we were such an evil influence (I taught my 18 year old sister about how ovulation can affect how attracted she felt towards men and then told her she could read biology books at the library to learn more, that’s what I had to do… ) The fact that we didn’t hide the fact that we were having sex as a happily married couple meant that we were trying to sully the rest of them.

All the while I also dealt with feelings of guilt for “abandoning” my younger siblings. I had nightmares where I was trying to get them out and away from danger and they wouldn’t listen to me because my mom told them they were safe. I still felt so responsible for them, and like I had somehow failed them. My husband patiently cared for me and helped me understand that they were now responsible for themselves, that they were the only ones who could get themselves out.

I had to step back and let them learn on their own.

He told me that if one of them did try to leave and my mom kicked them out then that sibling could live with us as long as they needed, but they needed to get themselves out first before we could help. He told me that leaving was the best example I could have given them. And even though it was incredibly hard to let go of needing to take care of them, he was right.

I bore the brunt of the disapproval, the suspicion of rule breaking, the constant monitoring and spying, and it was a responsibility that I took seriously. I bore the constant mind games, the guilt trips, the hours of lectures on my rebellious nature, because I hoped it would make things easier for them. And now looking at everyone grown and on their own, I know it helped them be able to get out. Because I showed them that they could. That it was OK to leave and be adults. That they could be trusted to make their own decisions.

Now I know how to answer my mom’s question if she ever asked again (we are on much, much better terms now!).

I could tell her a lot of things, but honestly, I probably won’t.

I think it would kill her, or damn near close.

But I can tell you, you new parents who are wondering if it’s worthwhile to “train up your child”. Believe me, it’s not. It never will be. Choose a different and more peaceful way. Teach them tolerance and love. Teach it by example every day. Lead them, guide them, walk beside them, but don’t every think you can spank or guilt them into loving God. Teach them correct principles and trust that God will touch their hearts.

Now, as I look at my own sweet babies sleeping in their beds, I know that things will be different. We are planning on homeschooling them, but mainly because our schools here are terrible. We are not “training them up” to be obedient unthinking robots. We let them experience the natural consequences of their choices. It’s hard sometimes, but it’s so much better. They make wise decisions on their own because they *know* where foolish decisions lead. We do give them a swat or two on the butt when they’ve done something harmful, but those are rare instances.

Our home is not perfect, but it is happy, and our children know they can trust us.

And that is the greatest gift a parent can ever receive.