Eleanor Skelton blogs at eleanorskelton.com, is the news editor of the UCCS student newspaper, and is majoring in English and Chemistry. The following was originally published on Eleanor’s blog on March 14, 2015, and is reprinted with permission.

Cynthia Barram was the first friend I met in college who helped me start my own moving out process before helping the others. Here’s her perspective.

Lesson Number One: You can’t help anyone else if you don’t take care of yourself.

When several homeschool girls came to me, oppressed by churches and controlling parents, I helped them realize that sneezing would not condemn them to hell. They could kiss boys, get their ears pierced, and maybe even listen to some decent music without fear of the ground opening up beneath them.

But I didn’t realize I was trapped in my own cage, despite my involvement in disability activism. As the revelation hit me, I felt as though I’d been cut down from a whipping post.

My body sunk. My face went numb—unsure whether to react with joy or rage or some unholy spawn of the two. The revelation was the first of many from my support group. Long story short, the cage I had been living in due to the restrictions of my disability accommodations for the past ten years no longer existed, if it ever really existed in the first place.

The iron bars that burned when I touched them, the iron bars that held me fast to a life of poverty and escapism now crumbled and snapped in the hands of my mentors like dried reeds. One support group meeting did that, and afterwards I wandered the streets disoriented and moaning—drunk with the wine of freedom in all its bold bittersweet, soon to be very real possibilities.

But what was I to do without my chains? Like Jacob Marley on parole, I was now confronted with the equally real problem of how to get on without them.

So I understand the ones I’ve helped move out, the ones who have looked to me. Because I, too, don’t know how to handle so much sudden freedom.

“I love my friends,” I told them, “But rescuing two of them called me out of a final exam. I took an incomplete in a class last semester because we had a suicide attempt and dealing with it messed with my head, and now this.”

“No wonder you haven’t been yourself,” they said. “That’s way too much for anyone to carry, but we’ll help you.”

They then proceeded to divvy up my business as if it was their own.

I made a promise to the rest of the group members to keep our meeting days clear from other appointments, free from stress, and when I figure out who I am without my chains and graduate college, I promised to let everyone know.

That’s the trouble with witch work as I often call it.

If you were born a witch (and I mean the green nasty one from the 1943 Wizard of Oz film, not Wiccans) like I was, you get used to that icky-sticky-kind-of-cool-but-on-your-own feeling. 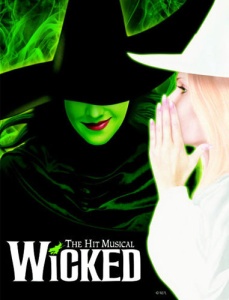 On the one hand, you swear you must have three breasts, and are understandably and almost perpetually embarrassed.

On the other hand, you get used to hearing things like “Ever try to put a jet engine on that power wheelchair?” and “I’ve never been friends with a black person before,” and “You never wear feminine clothes.”

(Never mind of course that dresses get caught in my wheelchair!)

I heard many of these statements repeated again in college from formerly homeschooled people I met at college, like my friend Eleanor and the people she was helping.

When I first met Eleanor, she told me her homeschool textbooks taught her to sit or kneel when talking to people in wheelchairs, but I found the action too intimate for a casual conversation.

The only people who had done that to me without it being offensive were my first boyfriend and my childhood hero.

In other words, what the hell?

You laugh as if the jokes are funny, and offer up starters to the almost obligatory culturally informative conversations that follow.

You get so good at doing this on a small level that eventually you take on bigger game like formerly Christian homeschooled LGBT folks trying to move out when their parents have guns and women self-harming and ending up in the ER.

I didn’t seek out these people who asked for my help.

No, these homeschooled girls with braids and glasses, dressed they were going to the Little House on the Prairie fan convention from hell, found me out on campus, at Bible studies, after church services. And I couldn’t scare them away, either.

They had never met anyone who was black or disabled before.

You become so brilliant at this in fact that you tie yourself with chains to the greater good and wait for this or that friend with this or that crisis to—effectively becoming more worn out than any of your mentees are.

That is, until the cross disability support group at the Independence Center on Fridays, until the smashing of chains and the breaking of cages, until a group of people who swear on their lives to keep your secrets, and who feed you as you feed others.

Sometimes you need to crash on somebody else’s couch, figuratively, after you’ve hosted several refugees, or you lose yourself.

And that support group has got to be there before during and after anyone is even considering doing this work.

It has to be there, or the psychological slavery that you work so hard to liberate everybody else from will find a much better mark in you than it ever did in your charges, and this slavery comes customized complete with your own set of flashbacks, nightmares, panic attacks, and mood swings, trust me.

The support group has to be there or you will contemplate crazy shit—drinking bleach, stepping in front of a car, shooting yourself in the head, and when a woman in trouble holds your hand and begs you to tell her why you are alive, you will not be able to answer her.

Cynthia Barram is a senior English major at UCCS and former president of the Disabled Student Union on campus. She petitioned for the Colorado Springs City Council to not cut funding for bus routes in 2008, which was covered by the Gazette and the Independent. Cynthia is involved with the community at the Independence Center, which sponsors disability activism in the city.