Giving Too Much, Part Two 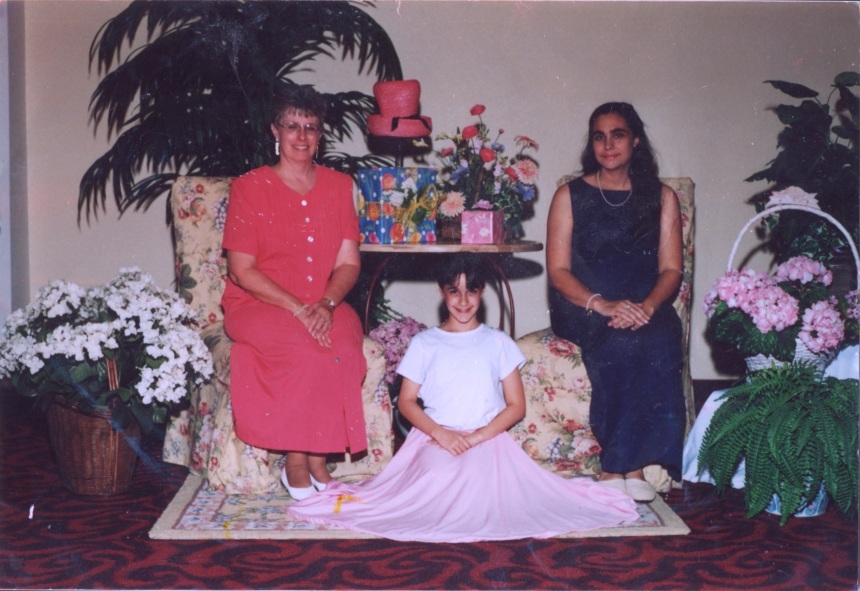 HA note: The following is reprinted with permission from Kierstyn King’s blog Bridging the Gap.  It was originally published on December 12, 2014. Read Part One here.

When I was 11 we came home one day to find someone we’d met at a homeless shelter/food kitchen/church thingy on our doorstep, with her infant. We’ll call her Missy.

I don’t know how she got our address, or why she was there.

And I gave up my bedroom and moved in with my sisters and Missy stayed with us for a very long time.

She stayed with us through the aforementioned foreclosure, where my parents stopped paying their mortgage in lieu of paying someone else’s.

She stayed with us so she could get her two other kids (and nephew?) back in her custody.

Our house was foreclosed on and we were facing homelessness – not just for our family, but for Missy’s as well.

My parents traveled all over the city, and even a few hours north of where we lived, trying to find some place to live, but because we were being foreclosed on, no one was taking my parents + another family, because they didn’t trust they’d pay.

On the day we had to be out (the people who bought our house granted us an extra week or two on account of they were nice and we had a shit ton of people to move – although, Missy did most of the packing because….I think mom and dad were busy looking for houses and also hanging on to “god saving our home”) we had nowhere to go, we were looking at being homeless, and Missy was still going to follow us around.

The plan was for me and my siblings to stay at my grandparents while my parents continued to travel anywhere to find somewhere who’d let a two-family-one-income household rent from them. It was a really terrifying day. Not knowing where we were going to sleep, or live, or if I’d see the people in my homeschool group ever again…

But then my grandparents mentioned that the house next door just went up for rent, and so my parents went over and the guy who bought the place just wanted the land, so he didn’t ask questions and said as long as we’d paid the rent we could stay there. So we did.

And the house was a 3 bedroom + bonus room, and one of the bedrooms had it’s own private bathroom and entry, so that was where Missy stayed with her 9 year old and infant (the timeline is fuzzy, because it was around the time we moved there that she got partial custody of her kids, but I don’t know if it was simultaneously, or a little later), and I eventually shared a room with Missy’s 15 year old. My dad put up a false wall in the bonus room because it was connected to the master bedroom and my sisters slept there, and my brother literally slept in a closet.

When Missy’s nephew joined our party, he slept on a futon outside my bedroom, in the dining room.

When I was 12 mom got pregnant again, which meant that pubescent Kiery got to take over everything again, except this time….not only was my mom telling me what to do, and having me run the house, but Missy was too.

I was cooking and doing chores not just for my family, but hers as well.

Let me mention this again: I was 12 years old.

I was taking care of two families single handedly.

I was not okay.

Eventually my parents confronted Missy about using me as her slave too, and set up a chore list so other people had to also cook and clean and do laundry. Mostly, just that Missy had to take care of her family’s stuff, and we alternated cooking days. Zero introspection on the part of my parents regarding…I don’t know, placing too much responsibility on a twelve year old.

My parents got mad at me for my “attitudes” (because I was adolescent, exhausted, run ragged, burnt out, and barely keeping up with everything, including school), and blamed it on Missy’s 15 year old daughter’s influence (because I shared a room with her – even though we weren’t close). Very little came of this besides my trying extra hard to be totally happy all the time.

It was Missy’s older child who alerted me to the fact that my period had started when I was studying in a tree with my brother, her cousin, and some of the other kids. My brother was very concerned, and I panicked. Missy had then asked me, at random, if I was pregnant or not because I would sometimes wrap my arm around my abdomen (because cramps and no meds.), and I was mortified. Half because I didn’t know what sex was or how to do it, and half because that’s not something you ask an isolated twelve year old who just started having periods.

My parents paid Missy $40 a week to stay with us and homeschool her kids. That way, she could say she had a job to the CPS people, while still fulfilling her god-ordained plan to be a stay at home mother and educator. I…don’t remember this going well. To be honest I’m not sure if she even did anything more to educate her kids than through books at them, like my mom did with me, but I don’t remember. I was otherwise occupied.

Missy was, however, a far superior cook than my mom, and fish and frog-legs aside, she made some really good food. This is the only pleasant memory I have of her. Graham cracker cake and home-made Chinese food.

Shortly before/after my 13th birthday, my parents discovered that Missy had been abusing pharmaceuticals and kicked her and her family out.

I’d be lying if I said I wasn’t relieved that I only had one mom around any more, and my own room. Also, my brother got to move out of the closet and into Missy’s alcove, which was nice…and I was maybe jealous.

The second stillborn happened two weeks before my 13th birthday.

After Missy, my parents decided not to let random families live with us again. Turns out my mom didn’t like having another lady in the house either.

My mom got pregnant almost instantly after the stillborn and I had to get my own rides to ballet (which meant asking my teacher to pick me up and coming home with my grandma). My ballet teacher was a wonderful adult to have in my life at the time. She made me feel valued and cared for at a time when I really needed it, because I wasn’t getting that from my mom.

In fact, that was often one of the things that hurt me so much as a child – I never had time with my mom, and I’d get upset and we’d have a mother-daughter day, but that would happen all of three times before she would get pregnant again and it would end and I just became an object. I tried to explain this to her once, but she never really understood it.

She spent so much time talking to and being there for other people, acting like she knew all the things about being a good wife (helpmeet), homeschooling, and parenting – but was never there for me, never there for her kids.

I never doubted my parents’ heart for giving.

I’ve always doubted their love for me.