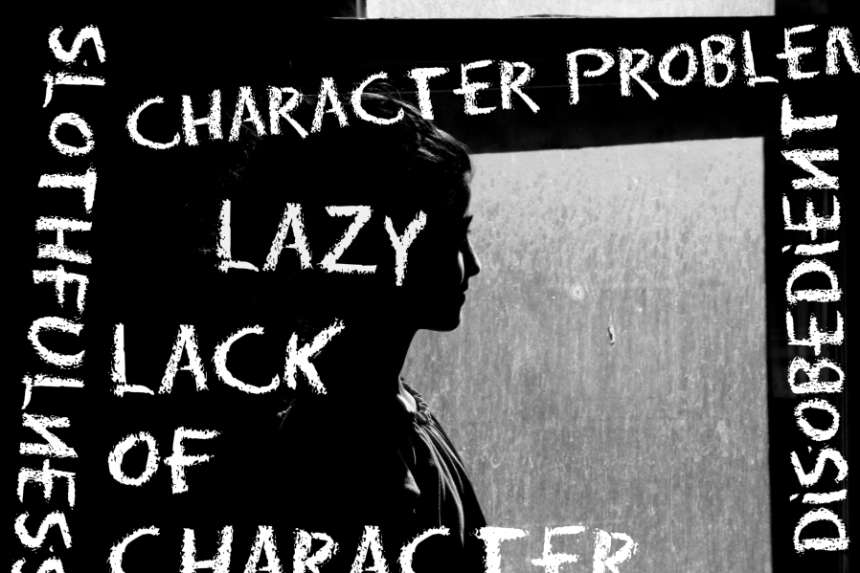 HA note: The following is reprinted with permission from Kierstyn King’s blog Bridging the Gap.  It was originally published on August 28, 2014.

I don’t usually post about things Kevin Swanson says, and I usually try not to pay attention to it, but a recent week’s broadcast…hurt more than usual. For a synopsis/highlights that will keep most of your eyeballs intact, you can read this post from HA.

One of the highlights, and…what’s sort of turned me into an odd little puddle, is this bit (emphasis mine):

Kevin: when someone says, I could have had a better education than that provided by my mother or by my father, that’s really, really, really hard to prove. How, how, how do you know that? Maybe it was a character problem on YOUR part. Maybe you didn’t obey your parents! Maybe you didn’t study your books like you were told to! And to think that you could have had a better education if you had done it this way versus that way is extremely hard to prove.

Steve: Because you can’t go back and do it that way!

Kevin: …than you did with your parents — trying to do whatever they could have done with you, even with all of your character issues that you’re dealing with. It’s fun to blame your parents for your OWN lack of character!

And then there’s this charm (emphasis mine):

Kevin: I’m talking about Christian homeschool families. Their values are primarily first and foremost not to get their kid into Harvard or get them a good job.

Kevin: That’s not primary. It’s not being sure that the kid can read Plato before he’s 12 years of age…

Kevin: …and get really messed up with the wrong worldview. (laughter) That’s not the goal. See, homeschoolers bring in other values: like relationship building, character building, work, worship. These are important.

What struck me is my parents have said essentially the exact same thing that Kevin did in the second quote. Multiple times. I remember in no uncertain terms hearing that the most important thing educationally was that we were able to read and understand the bible, write just enough to communicate, and do basic math. NOTHING ELSE MATTERED. This is what Kevin Swanson advocates, this is what my parents believe, and importantly:

This is not a full, well-rounded education.

He talks about how fake educational neglect is, makes fun of the people who have pushed through it, pretends the people living in it don’t exist, and blames the (current and former) students with little to no power over their own education, for their own neglect.

He talks about how children should be learning “work, relationships, character, and worship”….

Well sir, that was my entire childhood, and you know what, I was educationally neglected! I taught myself and my parents bragged about it from the age of 10, I did everything I could possibly do, everything I knew to do, and it doesn’t change the fact that my education was neglected. It was not my fault. I’m not lazy, and wasn’t a lazy student – I was  an over-worked student who’s parents cared more about being served and looking good than their children and the quality of their education.

Swanson is advocating for educational neglect, and then turning a blind eye to the people who say, no, my parents did do what you said and that’s the problem, and instead labeling them whiners, traitors, and Benedict Arnold’s.

Well if talking about my lack of education and working to put regulations in place so my siblings and other kids have a chance means I’m a traitor, so be it.

But don’t you tell me that my lack of education was my fault as a child.

That was out of my control, it’s not blaming my parents for my flaws, it’s abuse.

P.S. I would have done amazing in a traditional school setting, before my parents took me out of pre-k, it was amazing and I loved it. No one asked me if I wanted to be homeschooled, they just said “we’re gonna homeschool you from now on” and being the ripe age of 3 or 4, I just wanted to make sure I could be picked for Show-and-Tell still. I don’t remember doing show-and-tell after leaving school though.