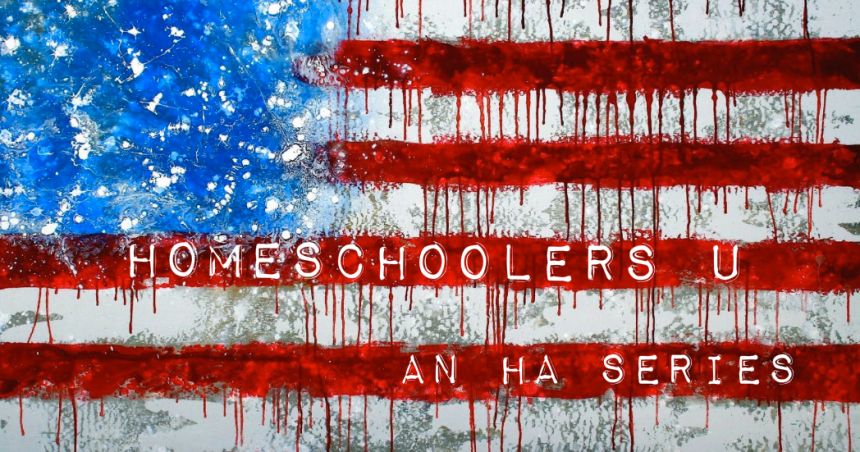 HA note: The author’s name has been changed to ensure anonymity. “Gemma” is a pseudonym specifically chosen by the author.

People often ask me why I chose to attend Patrick Henry.

I think a lot of people are incredulous that anyone would ever go to such a place. The truth is that students enrolled at PHC for a lot of reasons. Most were there because they believed in the stated mission of the school: to train students to lead the nation and shape the culture by way of a highly rigorous, Christian, classical liberal arts education. Others were there because PHC was the only college that their parents believed was safe enough to send their kids to. Some of these students wanted to be there too, but many did not.

I went to PHC because I believed in the mission, as it was presented to me.

I wanted to be there. I had looked around at other Christian colleges, and found them academically lightweight. I had looked at secular state universities, but they seemed vapid, and I never felt like I belonged. I was ambitious and idealistic—a typical overachieving firstborn—and the idea of being part of a grand new experiment like PHC was exciting to me. I had never read The Joshua Generation and was mostly unaware of Farris’ long-term agenda described therein. As far as I knew, the mission of Patrick Henry College was to be the most academically-excellent Christian college in the country. This is why I went; this is why my parents sent me.

I did have some reservations. I was homeschooled, but never as part of a homeschool cult like ATI or Vision Forum. (In fact, I’d never even heard of ATI until I got to college, and didn’t know anything about Vision Forum beyond the fact that they sold books and curricula.) My family was relatively normal as evangelical homeschoolers go. My siblings and I wore clothes from Express and American Eagle, listened to pop rock on the radio, and went to youth group. We and our homeschooled friends openly mocked the stereotypical “denim-jumper” homeschoolers and felt embarrassed by them. My friends laughed at me for applying to PHC, the “homeschool college.” They were all going off to big state universities or more established Christian colleges. I was convinced my choice was the right one, but I was worried that a “homeschool college” would be dominated by the weird denim-jumper types.

I went to a college recruiting event during my senior year of high school and pointedly asked the recruiter from PHC about the culture of the school. She reassured me that I had nothing to worry about. Sure, there were a few sheltered, denim-clad students on campus, but they were not the norm. “Dr. Farris wouldn’t even allow any photographs of women in skirts to be used in the brochures,” she said, handing me an example. Sure enough, the women pictured all wore pants and looked normal. “He didn’t want to give the impression that this is a school for very conservative homeschoolers.”

She went on to tell me how the school self-consciously wanted to set itself apart from places like Bob Jones, Pensacola Christian, and even Liberty University. PHC had its sights set higher than that—its goal was to be a Christian Harvard. It was pursuing accreditation. It was the real deal.

And yes, there were some rules, but just common-sense stuff. Nothing too hard core. She assured me I would fit in just fine.

I let this reassure me. In retrospect, this was my first encounter with what was to become a recurring theme of my time at PHC: the administration was obsessed with reputation, appearances, impressions given to outsiders.

But the reality within was very different.