I Fight These Demons So I Can Explain The Scars: Shiphrah’s Story, Part Two 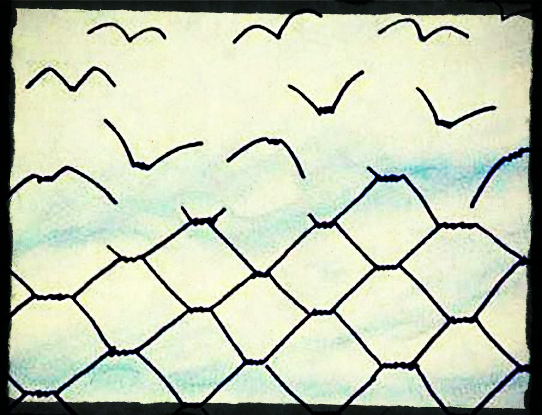 HA Editorial note: The author’s name had originally been changed to ensure anonymity. “Shiphrah” was a pseudonym. I am editing this today because I am ready to say that Shiphrah is me. I wrote this and asked that it was posted anonymously because I had only begun to explore the depths of my memories and my pain at that time and I needed an outlet to work through it. I no longer feel the need for anonymity, no longer am I afraid to claim the darkest parts of my story. I am Darcy, and this is my story and my pain and my healing. ~Darcy Anne, HA Editorial Team

I grew up thinking I was unworthy.

Unworthy of love, nice things, friends, God’s favor. I strove to be the kind of person who would be worthy of these things, but always fell short. I did everything I could to look the part on the outside: I dressed modestly and acted like a godly young lady and played the part as best I could.

My journals of that time are so filled with anguish and desire to be accepted and to be good. I can barely read them. I want to go back there and hug that girl and tell her that she WAS worthy, she WAS good, she was enough. But I can’t. I can’t go back there and comfort that girl with the broken heart that was broken by the ones who were supposed to protect it. I am left with the woman she has become. The woman who has had to teach herself how to be loved and how to accept worthiness and how to see herself and the world through different eyes.

When a boy fell in love with me, and I with him, they all did their best to convince him that I was a terrible, selfish person and he would be sorry if he married me. That they knew me better and I was just putting on an act to impress him. He was skeptical, but thought maybe they really did know better. So he watched me, befriended me, and realized I was every bit the person he thought I was and my mom and sister were crazy.

I coudn’t understand why he would persist in loving a person like me, but he did and it was such a wonderful feeling.

I was so afraid he would find out who I really was and would run far away. But that didn’t happen. We fought for our relationship against my parent’s wishes and we married very young and very in love. Not too long after we were married, we were talking and I said “Well, I am a selfish person”. He looked at me in surprise and said, “Why do you say that?” It was my turn to look at him in confusion and say, “Well, my mom and sister always told me I was selfish and I struggled my whole life to not be, but I guess it’s just who I am and I thought you knew that.” He took my face in his hands, looked right into my eyes, and said, “You are the most selfLESS person I have ever met. Never let anyone convince you otherwise. You can’t fool me. I know who you are. They don’t know who you are.”

Emotional Abuse. The systematic diminishment of another person….their worth, their dignity, their character.

“Emotional abuse is like brain washing in that it systematically wears away at the victim’s self-confidence, sense of self-worth, trust in their own perceptions, and self-concept. Whether it is done by constant berating and belittling, by intimidating, or under the guise of ‘guidance,’ ‘teaching,’ or ‘advice,’ the results are similar. Eventually, the recipient of the abuse loses all sense of self and remnants of personal value. Emotional abuse cuts to the very core of a person, creating scars that may be far deeper and more lasting than physical ones.” (University of Illinois, Counseling Center)

Spiritual Abuse. The use of religion and spirituality to control, manipulate, coerce, dominate, and beat down. To control behavior and thoughts by religion.

“Spiritual abuse occurs when someone in a position of spiritual authority, the purpose of which is to ‘come underneath’ and serve, build, equip and make God’s people MORE free, misuses that authority placing themselves over God’s people to control, coerce or manipulate them for seemingly Godly purposes which are really their own.”   (Jeff VanVonderen, The Subtle Power of Spiritual Abuse)

I can’t tell you what came first: the dysfunction or the religion.

But they worked together to create a complete brain-washing and erasing of my self-worth and self-concept. Our religion taught that self-esteem was really pride and God hates a prideful heart. We were not to think highly of ourselves but to remember that we were nothing without God and probably nothing even with His help. To be told that I was a selfish, horrible person but that they loved me anyway “because you’re our daughter/sister” is no different than this view of God that makes us all worms who are only worthy of anything because God created us and therefore must love us. Turning the idea of a “relationship with God” into an abusive relationship between a narcissist and a victim. A manipulative power-play. Is it any wonder that “God’s people” turn out abusive when they see Him as such?

If I try to say any of this to my family, to recount my experiences and feelings, I am told I’m overreacting, too sensitive, too emotional, that these things never happened or “didn’t happen like that”. I’m told that even if they did happen, I should forgive and move on because family is the most important thing in life and I’ll regret making a fuss over the past. That I was raised in a good home and was loved and am ungrateful. I am denied, belittled, and word has spread that I’m a crazy, unstable person who has a chip on my shoulder and is trying to tear apart our happy family. But I am done accepting their definition of who I am, their portrayal of my identity.

I am not who they think I am. I am so much more.

I am worthy of love. I am a good person. I am a human being, wife, mother, and friend. I love unconditionally and fiercely. I fight for the people I love and for people I don’t even know because I desperately want them to know that they are worth it. I fight my own demons to give my children a healthy mother and so I can explain the scars to them someday and they can know that I valued them by valuing myself —

— That I fought for them by fighting for myself. That I broke the cycle.

“Adult survivors of emotional child abuse have only two life-choices: learn to self-reference or remain a victim. When your self-concept has been shredded, when you have been deeply injured and made to feel the injury was all your fault, when you look for approval to those who can not or will not provide it—you play the role assigned to you by your abusers.

It’s time to stop playing that role, time to write your own script. Victims of emotional abuse carry the cure in their own hearts and souls. Salvation means learning self-respect, earning the respect of others and making that respect the absolutely irreducible minimum requirement for all intimate relationships. For the emotionally abused child, healing does come down to “forgiveness”—forgiveness of yourself.”

~Andrew Vachss, taken from this excellent website: The Invisible Scar.