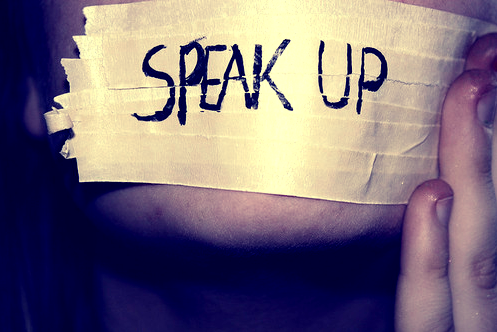 HA note: The author’s name has been changed to ensure anonymity. “Lani Harper” is a pseudonym.

He closed the door behind us, and told me to pull my pants down and bend over as he dramatically pulled his belt out of the beltloops of his pants. Disobedience was not an option and would most certainly grant me a far worse session with the belt, so I pulled my pants down. Sometimes my mother would let us leave our underwear on, but JD never did. Once I tried to wear double underwear, anything to help dull the blows a bit, but got found out and the reprisal was so severe that I never did it again.

But for JD, all our beatings were naked from the waist down, and if we were wearing a dress, then we were totally naked.

I stood half bent over, holding the edge of the bed, while his mountainous bulk shadowed me from the ceiling light. And braced myself for what was to come. No amount of bracing kept me from stumbling to keep my stance, to keep from falling over. I was a small child and he used all his substantial force to emphasize every strike. Though my legs trembled violently and could barely hold me up, I knew that falling over meant starting over.

With each strike, I was to count out loud. I tried to order my wobbly tongue and quavering jaw to speak clearly enough that I wouldn’t have to begin again, but inevitably I cried and he could not understand me. This meant restarting multiple times, and his frustration when I lost track of where I was. The numbers I pictured in my mind wouldn’t stay still. In the middle somewhere, overcome with humiliation, anger, frustration and other emotions I could not name, I urinated. And prayed that my underwear and culottes tangled around my ankles would absorb the warm liquid, prayed that my socks would catch any straggling drips, prayed that it would not wet the carpet beneath my feet.

I gripped the end of their comforter so hard that I made fists in spite of the fabric in my palms. Gripped harder and harder so as to resist the powerful instinct to raise my hand to shield my bare behind. But I had done that before too, and not only did my arm get the brunt of a lash or two, but I had to begin all over again, ensuring the beating lasted longer.

Hot saltiness tumbled down my cheeks until I was almost gagging on my tears, combined with the warmth of urine down my leg, and the all-encompasingness of my humiliation threatened to drown me.

Indeed, I prayed for death in those moments.

I seem to remember 18 being the magic number, though the number changed every time. This, I guess, so that we would always be wondering, and he would always be in control. I was never sure when exactly he would decide I’d had enough.

When he was finished, he made me recite a verse or two while pulling my clothes back on with trembling fingers. There was a lecture about how how this was his God-given duty to show love to me and help me become less sinful, that I deserved more, worse and should be thankful, that this was hard and he didn’t like it but it was necessary and in my best interests.

Then he would duct tape my mouth shut, a concrete reminder that I was never to say anything to anyone.

My mouth was now shut, and I knew I was to keep the tape on all night, during my sleep. Now go clean yourself up, hurled at me with disgust in his voice.

I did not get to finish my half-eaten meal, but was sent still-hungry to clean up the table and kitchen. I did not regret not being made to sit down, but moving was difficult. My sister Andie was to help me, both to ensure that the job was completed properly and also so that I didn’t sneak scraps off plates to try to ease my hunger. Anyway, the tape over my mouth prevented further eating. Her eyes burned compassion into me whenever I dared look at her.

My mother actually told me after one beating that I would not remember these episodes and that if I did, it meant I was bitter. I remember thinking that I was okay with that because I did not want to forget what she had done to me and how much I hated her in that moment.

I always walked out of The Bedroom with newly-kindled anger and hatred at my parents.

The bruises stayed for weeks, but often there would be another beating before the bruises from the previous incident had completely healed such that my skin was a mottled mess of yellow and green old wounds mixed with the bright red-purple of the new welts. The frumpy, blousy style of the early 80s, combined with the mandated-loose clothing of the fundamental churches actually worked to my benefit: I could hide my wounds, though even the softest cloths chafed my swollen, cracked and oozing skin.

And always, on the way out, he would say, remember, what happens in The Bedroom stays in The Bedroom, and what happens in This House stays in This House. And he would send me away with the knowledge that he was watching and all-knowing, that he would know if I told even my siblings, which would result in another lesson. We were never allowed to comfort each other, though there were a few hasty, whispered words to the newly-beaten one in the dark of our room.

We did not dare hug.

I cried myself to sleep, fiercely dashing the tears from my cheeks, attempting to wipe them away before they sogged the adhesive and loosened it from my skin. I had to be able to show him my still-taped mouth first thing in the morning. After a while, we stole tape so that we could remove the tape while we slept, then replace it in the morning.

The Pearls published their book about the time I graduated from high school, but my parents had been using their methods, espoused by Jack Hyles and Lester Roloff at the time, from our infancy in the late 1970s. Contrary to what the Pearls, Gary Ezzo, Jack Hyles and others who espouse this way of rearing children believe, this expectation of a surface appearance or semblance of obedience actually works against the parents who use it: in our family, it created bitter children adept at hiding their bitterness. It created strife and hardened our hearts (that they thought they were softening) against our parents: we hated them.

It created a subversive culture of deeply angry children with secretive, ignored and repressed anger, who lashed out at each other because we could not lash out at our parents. It created a culture of blind obedience instead of teaching us how to make good and informed decisions. It ignored the fact that we would grow up and move out, and kept us in this perpetual childhood for longer than is natural. As a result, I spent much of my twenties figuring out things and growing personally in ways I should have been able to during my teen years. Finding indpendence and autonomy, discovering my authority and my rights that were denied me.

It wasn’t until I had children that I realized spanking isn’t hard, it is easy.

It is easy to hit, and once you have begun a habit of hitting, the next hitting episode comes easier and easier until it’s rote, instinctual, without thought, automatic. Hitting is also a gateway to anger: the more I hit my kids, the angrier I became and the easier it was to become angry. I recognized this very early, while my kids were still very little, but though they were nothing as severe as my own beatings as a child (three swats with a spoon while clothed), I regret every episode of spanking them.

I do not remember my last beating, though they continued in much the same fashion until I was sixteen. I still remember the humiliation and ferocious anger at being violated on the outside by the beating and on the inside by the changes they sought to force into us, by the association to God and spirituality. It affects me decades later and has thus shaped my views on everything from parenting to God to spirituality, to self-worth and more.

I got out without really knowing what I was running from or why…and was shunned, but that’s a story for another time. Decompressing and deprogramming continue into the present, but I hope that telling my stories will begin to dispell the power my parents and their secrets still hold over me.

My name is Lani Harper, and I am a survivor.