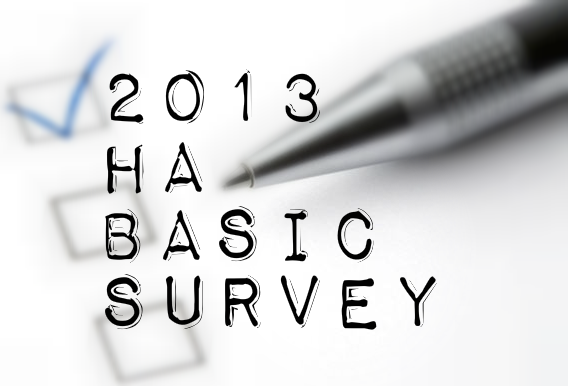 Survey respondents were asked to rate the following aspects of their homeschool experience: Math, Science, History, Language Arts, Studying Religions Other Than Your Family’s, Studying Political Beliefs Other Than Your Family’s, Sex Education, Socialization, Life Skills Relevant To All Genders, Job Training/Preparation For The Work Place, College Preparation, Academic Experience (As A Whole), and Intangible Experience (Everything Other Than Academics). Respondents were asked to rate these aspects on a scale from 1 to 5, 1 being “Horrible” and 5 being “Excellent.”

Averaging the scores for all aspects, respondents gave their experience a score of 3.06, barely above the median score category of “So-so.” 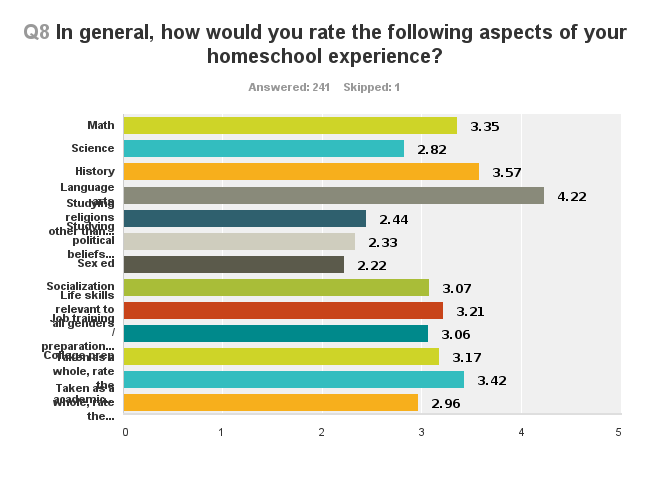 Respondents consistently and overwhelmingly consider language arts their strong suit. The average score for language arts was 4.22, which makes it the only average score above 4, or “Adequate.”  No score’s average reached past 4.5, putting it in the “Excellent” category.

Respondents consistently and overwhelmingly consider the quality of all other aspects of their home school experience (other than language arts) to be less than “excellent” and also less than “adequate,” averaging around “so-so.” Sex education, world religions, and comparative political science are the weakest points.

There was a tie for the aspect that received the most amount of “Horrible” votes between “Studying Political Beliefs Other Than Your Family’s” and “Sex Education.” 106 of the 242 respondents gave each of these categories a 1.

The majority of respondents (60.92%) experienced one or more forms of abuse in their homes or homeschooling environments. 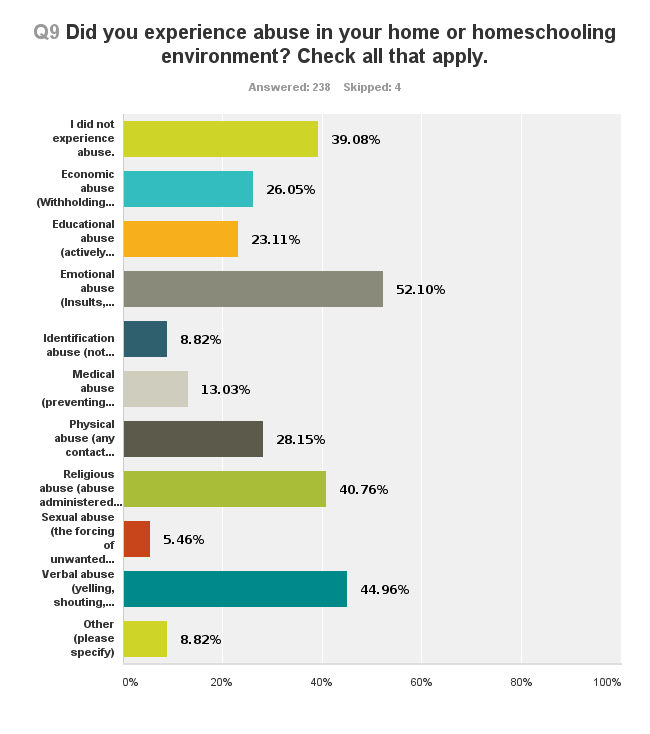 Identification abuse was not common (8.82%, or 21 individuals out of 242), though that number ought to be concerning regardless. It means approximately 1 out of every 10 respondents experienced an environment in which their parent(s) did not provide or withheld/destroyed their identification documents (driver’s license, Social Security card, etc.). Similarly, more than 1 out of every 10 respondents (13.03%) were prevented while growing up from seeking medical care or denied medical care by their parent(s).

Approximately 1 out of every 4 respondents experienced the following forms of abuse in their home or homeschooling environment: economic abuse, educational abuse, and physical abuse.

The overwhelming majority of respondents believe that their homeschool experience influenced what they believe today about religion. 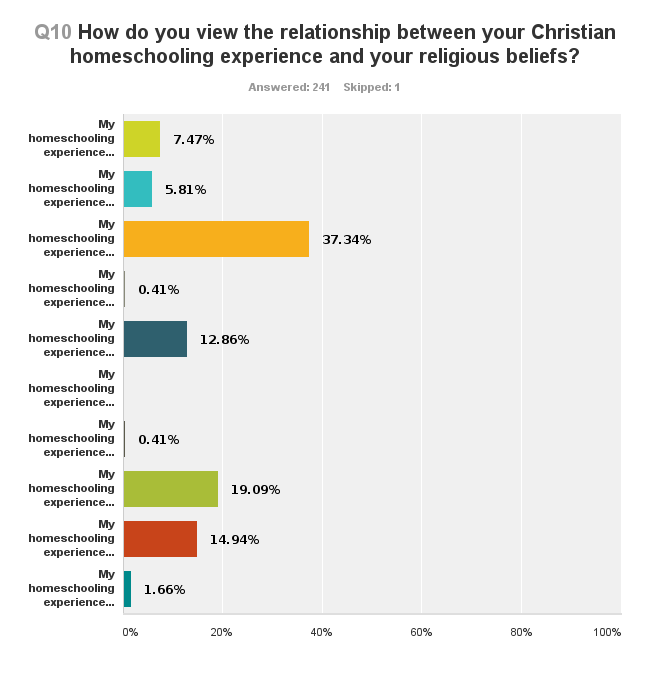 (Since the above categories are difficult to read, here is a text version:)

The second most common category (19.09%) was graduates whose fundamentalist Christian homeschool experiences influenced them towards agnosticism.

Only 5.81% (14) of the respondents said they had a fundamentalist Christian homeschool experience that strengthened their own beliefs in fundamentalism.

< Part One: Demographic Considerations | Part Three: Economics as a Factor >