Confessions of a Homeschooler: Iris Rosenthal’s Story, Part One

Iris Rosenthal blogs at The Spiritual Llama. This story is reprinted with her permission. 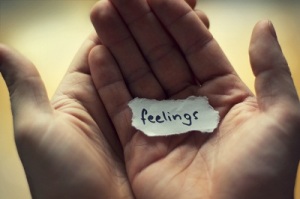 “I learned at a young age to keep my different opinions to myself and to let her have her say no matter what.”

I recently came across a blog called Homeschoolers Anonymous, it caught my eye since I was homeschooled for several years and never set foot in a public school.

As I started reading the blog, I found myself relating to things that were being said there more and more. And when I read the “About” section on their website, that is when I knew I had finally found a place that understood me and the struggles I have gone through to get where I am today, and wouldn’t just dismiss my misgivings about homeschooling telling me “Oh, not all homeschoolers are like that! You just weren’t homeschooled the right way!”

My mother homeschooled my brother, sister and I from K-12 grades. I’m not sure on her exact reasoning for homeschooling us since she was never homeschooled herself and also was a private school teacher for several years. I suspect she would have preferred to have us in a private school, however, living in a very, very very rural area of the state that wasn’t possible nor cost effective. So that left her with homeschooling or having her kids attend *dramatic gasp* public school.

The subject of our education was something that my mom and dad never could seem to agree on. My mom wanted to continue homeschooling us, while my dad wanted us to attend public school once we were older. This topic continued to be something that they both strongly disagreed on even after they divorced. My mom got custody of the three of us kids and we would see our dad every other weekend.

She continued to homeschool us and our curricula consisted of books she would find for us at yard sales and at the library, she also enrolled all of us in 4-H and told us that it was part of our schooling. Once I was in my 3rd or 4th year of high school she bought a computer program called Switched On Schoolhouse.

Once a week we would go to a homeschool co-op, once I was in high school it lost it’s appeal for me because everything was geared towards the younger kids and I was the only one in high school. It was very lonely and also frustrating at times because there were classes in the co-op that I wanted to take (such as the one where you were taught how to change the oil and other basic things on your car) but was told that those were only available for the boys. They had something called Contenders of the Faith (for the boys) and Keepers of the Home (for the girls), I don’t have much experience with either of those programs since they were (as I’ve said before) geared towards the younger kids.

There are times that I have huge doubts as to how intelligent I really am. At home my mother primarily focused on my brother and his education, while my sister and I got the leftovers. It was very tiresome to always hear all the time about how “smart” and “brilliant” my brother was, how well he always did on his schoolwork and how creative he was.

I suppose you must be wondering if my mother ever tried to pass a specific social, political and religious ideology on to us kids. Short answer, yes. She only ever had either conservative talk show, or the Christian music station playing on the radio. I grew up listening to Rush Limbaugh. She also made sure that we were very involved with the church we went to (even though it was a 45 minute drive one way) and was always volunteering us for things, while at the same time not letting us choose what we really wanted to do if it didn’t match her high ideals for us.

Being the oldest I was the first one to graduate of the three of us (even though my brother had skipped a grade or two). Two weeks after graduation I was taking college classes online, even though I had informed my mother that I didn’t want to start college right after high school. I wanted to take a year off and get a job (still hadn’t had a real job at that point, nor was I even driving on my own), work in an inner city church as a volunteer. I wanted to experience the world like I never had before being confined either to the secluded farm, homeschool group, 4-H or church. I didn’t even know what I wanted to go to college for, so it made sense in my 18 year old mind to not go to college until I knew what it was that I wanted to do. And I knew that when I did go to college I would want to stay in a dorm and not take classes online.

Of course that wasn’t good enough for my mom, who took it upon herself to enroll me in an online university to take classes to get an associates degree in business administration. It was her plan for me to eventually turn the farm into a “ranch for disadvantaged youth” and that’s why I had to take these courses.

After trying my very best in the first semester I came to her in tears wanting to drop out. I had toughed it out for a semester and that was enough to reinforce my belief that business administration wasn’t for me. I tried to tell her all of this, but instead got to hear a lecture about how she didn’t raise any quitters. I told her that I would rather have a job, and she told me that in order to have a job that didn’t involve “flipping burgers” that I would have to go to college. Disagreeing with my mother is near impossible if you want to be vocal about your differing opinion, she is very dead set on being right all the time so I learned at a young age to keep my different opinions to myself and to let her have her say no matter what.

I took online classes for eight more months before the university kicked me out because my grades had plummeted so low. It was a great relief for me even though my mother was constantly chewing me out about being a failure because now I could finally get a job.

Overall I would describe my homeschooling experience as negative. Now that I am close to 30 years old and about to have a child of my own, I know that I would not want my daughter to go through what I went through. I don’t want her to be as ill-prepared when it comes to functioning in the real world as I was. I understand parents wanting to protect their kids from all the bad stuff that goes on in the world…however, you have to have balance and know that eventually you will need to teach and equip them how to handle different situations that they will face once they get out on their own.

After all, doesn’t every parent (no matter what their religious or political standings) want their child to be an independent and self-reliant adult in the real world?