If You’re Just Gonna Call Us Homos, Please Get In Line

If You’re Just Gonna Call Us Homos, Please Get In Line

People have called me fag, gay, or homo for years now.  When I was the weird, sheltered homeschooled kid, my co-workers persistently mocked me for my social awkwardness.  They usually chose to mock me by calling me some variation of a gay slur. At one point, while working at Walgreens, my co-workers created a big foam board and hung it on my locker. They decorated it with brightly-colored foam words, which read “Nick is gay.”  The managers and assistant managers laughed along with my co-workers. They only requested that it be taken down when the district management came to visit the store a few weeks later.

My Freshman year of college, roughly five hours from Walgreens, one of my new, so-called friends dubbed me “Gay Nick.”  For two years, I endured daily name-calling and shaming over my social awkwardness.  In fact, he still likes to occasionally post on my Facebook wall and call me Gay Nick.  I gave up on our friendship when he informed me that New Orleans didn’t deserve to be rebuilt after Katrina because of some racist reason.  To put it plainly, my social options Freshman year were limited.

Name-calling is the easiest way to dismiss someone. Today, another former colleague and peer resurrected this tactic and called me “homo”:

I’ve known Josh Craddock for almost seven years now.  Josh traveled to numerous Communicators for Christ (CFC) conferences while I was interning and our team was tasked with evaluating Josh.  He wanted to be an intern, but was advancing quickly through the alumni/training programs, so we monitored him closely.  He was a hard worker, diligent, and kind.  I personally recommended him to serve and eventually he did.

It’s ironic when I consider that Josh Craddock and I were once “servant leaders” together in CFC.  We taught thousands of high schooled Christian homeschoolers how to be confident public speakers with sharp critical thinking skills.  Even HA’s other Community Coordinator, Ryan Stollar, spent three years working with CFC. In fact, Ryan was one of their original student leaders, touring with them for the first three years of CFC’s existence.  Ryan said, of his time with CFC,

“If there’s one thing I will never forget from my time with Teresa Moon and CFC, no matter how far I may “stray” from the narrow path I was prepared for, it’s to do one’s best to communicate with civility and grace, even when you disagree with someone else. This is one of the most important things I have learned — and I learned it from a conservative Christian homeschooling mom, and I am grateful for it. I am disappointed that Josh apparently did not learn the same lesson from the same individuals during his time with CFC. Even when I choose (and oh boy, I do!) to disagree with my very teachers, I hope to do so in a way that does not shy away from the disagreement but still grants the opposing side its humanity. Josh, on the other hand, is choosing the path of dehumanization. Which not only hurts what he perceives to be the side that opposes him — it also only serves to hurt “his side” as well.”

Today Josh Craddock chose to refer to us as a part of a “whiney, disgruntled cohort of self-loathing atheistic homos hell-bent on undermining the family.”  When many of the Homeschoolers Anonymous cohort (love you all!) took to social media questioning Josh, he responded with this gem:

For what it’s worth, I married my wife a year and a half ago in a Methodist Church in Louisiana (picture below).  But even if I was all of the things he described, that would have zero bearing on whether my message would still be worth spreading.  If you think getting a few replies is trolling, maybe you should calibrate your Troll Meter.  What you fail to realize is that Homeschoolers Anonymous, our message, and our contributors do not fit into a simple box with clear-cut labels. So if your only response to our advocacy is that I’m a homo, I’d say get in line with the scores of other people who have tried to dismiss me with name-calling. 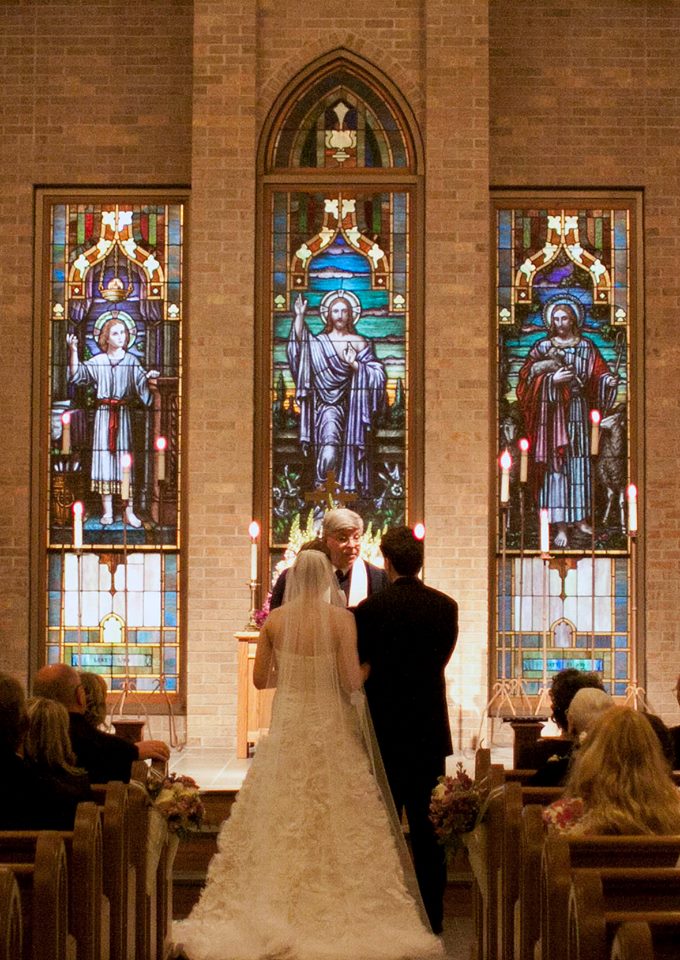