We Had To Be So Much More Amazing: Samantha Field’s Story 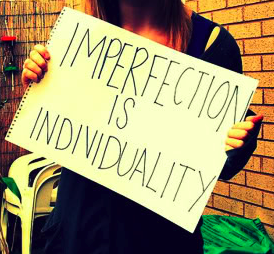 Samantha Field blogs at Defeating the Dragons, and she was recently featured in a Christianity Today story entitled, “Finding Faith After Spiritual Indoctrination.”

I’ve been reading the stories Homeschoolers Anonymous has published since it launched, and at first didn’t feel comfortable sharing my own experience with homeschooling, since it was unlike most of what I was reading. But, through reading these stories, it’s helped me come to grips with some of what I went through.

I’d like to start out by clarifying that my experience was fundamentally different– and yet, somehow, eerily the same. I spent most of my childhood in an Independent Fundamental Baptist (IFB) Church, and for that reason we were never part of the larger homeschooling movements — at least not organizationally. We didn’t use PACES, I’d never even heard of ATI until I went to Pensacola Christian College, we never went to any conferences, I didn’t travel in debate. In fact, reading about these stories made me slightly jealous; because of the cult-like environment of the church I was raised in, I never had the opportunity to interact with anyone outside of my church. I had one friend — one — from the time I was 9 until I left for college at 17.

But, until recently, I would have said that my experience with homeschooling was a favorable one. I started studying logic in third grade, I started studying Latin and Greek in fourth grade, I started reading the classics of the literary canon at nine. I skipped fifth grade entirely — fifth and sixth grade in math. I always tested extraordinarily well — I started testing on the graduate level in seventh grade, and I got a nearly-perfect score on the verbal portion of the SAT (I deliberately answered one of the questions “wrong” because I felt that the question was asking for a “liberal” political opinion). When I went to college, I maintained a 4.0 GPA my freshman year, and made the Dean’s List for every semester thereafter. I never needed to study — in fact, attending classes always felt like I was being “spoon fed” my education, when I had grown used to learning everything I needed to know simply from the reading. I went to graduate school and got a Master’s degree in English — and, again, did very well academically.

It took me a long time to realize that the academic excess I experienced had its good and ugly moments. The good was that I was an excellent reader, and I became a fairly decent writer and editor. It also gave me a lot of time to study music, and that paid for my first year in college.

There are a few ugly sides, and the first was the extraordinary amount of pressure I felt academically. I imagine many, if not most, homeschoolers can attest to the unbelievable amount of expectations we had to live up to. We had to be so much more amazing than any other kind of education. My parents were immeasurably proud of my achievements, and they lovingly wanted to “show me off,” but the constant pressure to perform resulted in a sense that the pressure followed me everywhere– even into college. I felt like I was constantly and unceasingly being evaluated by everyone I knew. I became an overachiever — to the point where several of my professors repeatedly had to tell me to calm down, relax, and do less work or I was going to kill myself.

Another facet of how homeschooling failed me was in mathematics, and I think my experience is fairly standard. Both of my parents are incredibly intelligent — my father works in a STEM field, and my mother did very well in math. However, while I was in high school, neither of them had a college education (a sacrifice my mother made, ironically, in order to stay at home and homeschool us) — and I was surrounded by an attitude that women didn’t belong in STEM fields because we’re just not suited for it. Our brains aren’t wired that way. So, I grew up believing that part of my identity of being a “good, godly, Christian woman” was being terrible at math. This became a self-fulfilling prophecy, even though I excelled in geometry and musical theory (which somehow were “artsy” so I was “allowed” to be good at them). When I met my husband, some of our conversations centered on his insistence that I would be good at math if I ever tried — and my insistence that no, I wasn’t. Until, one day, he explained algebra to me on a road trip. And it made perfect sense– so much sense, in fact, that I wondered why it had seemed like complete gibberish before.

And some of the things that get so heavily praised in the homeschooling movement ended up being unhealthy for me in the long run. We were isolated– we called it “being called out” and “separate,” and we laughed at people who asked us about “socialization.” We went to Wal-Mart in the middle of the day, and someone would inevitably ask what I was doing there. I would say that I was homeschooled, and without exception they would ask if I was “special needs.” And then, inevitably, I’d have to mount a defense for homeschooling.

As I’ve moved into my adult life, I’m beginning to see how deep the influences go. While we weren’t involved in any type of official organization, I grew up familiar with the Pearls, the Wilsons, and the Vision Forum. I read Beautiful Girlhood and believed that daughters should stay at home until they’re married. Now, I find it incredibly difficult to interact with people in a group setting, and it has nothing to do with not being familiar with “pop culture” (although that is occasionally a factor). I am completely hopeless at reading people, I don’t understand basic social interactions, I can’t navigate basic things like class discussions — even though I am articulate and outgoing. I’m frequently disabled by self-consciousness and nerves, and find it difficult to find a balance between silence or speaking too much. I don’t know how to do simple things like create boundaries with people.

I’m moving toward healthiness, slowly. It’s difficult, and hard going, but it’s happening. And part of my recovery is recognizing that even though I pretty much had the “ideal” homeschooling experience, it was still unhealthy.