Looking Back At My Fundamentalist Homeschooling Past: Sheldon’s Story 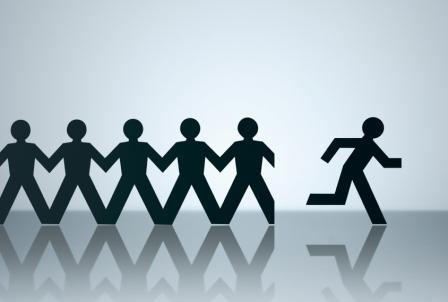 The author of this piece writes under the pseudonym Sheldon at his blog, Ramblings of Sheldon. This piece was originally published on Reason Being on December 20, 2012. It is reprinted with Sheldon’s permission. He describes himself as “a former Christian fundamentalist” who “is now a semi-closeted agnostic” that writes about “his fundamentalist past, his beliefs now, and the cult known as the Independent Fundamental Baptist denomination, which his sister was a part of (and he also had some personal experience with).”

Recently, I have begun to start thinking about homeschooling, how I feel about it now, and how it has affected me in my life.

Two things have really gotten me started thinking about this. First, my sister decided to homeschool her children. And second, I read recently an article on the Patheos blog, Love Joy Feminism.

As I have talked about in the past, my sister was once a part of the Independent Fundamental Baptist cult — more specifically, the First Baptist Hammond/Hyles Anderson College complex. This complex was, until this summer, run by the infamous pastor Jack Schaap, who is now awaiting sentencing after a guilty plea on federal sexual abuse charges.

Thankfully, she left that group about 3 or 4 years ago. But she just traded a fundamentalist cult for fundamentalism lite (the Southern Baptist denomination). It’s a vast improvement from where she was, and both she and her kids are happy in this church. But I feel she’s dealing with what Lewis of Commandments of Men, the brilliant anti-cult/anti-fundamentalism blogger, calls the Halfway Houses effect.

Some people, like her, don’t want to give up fundamentalism entirely. They have come from such an extreme cult life background that even other fundamentalist lite groups like the Southern Baptist denomination, etc, feel refreshing. (Which is pretty damn sad when you think about it).

One of the ways she is going through the Halfway Houses effect is the decision to home school. I was just at her house in the Northwest Indiana suburbs of Chicago this past week, and she was showing me the curriculum she was using.

It was the same atrocious Accelerated Christian Education (A.C.E) curriculum we were raised with. I spent my whole school life with it, first in a IFB affiliated private school, then in home school. She spent from about 5th grade to graduation with A.C.E curriculum in that same private school, which is what unfortunately got her introduced to the Independent Fundamental Baptist cult, where she remained until recently.

(If you really want an eye opener, read some of the A.C.E survivor stories at the blog Leaving Fundamentalism, for just how bad A.C.E itself is, and how many of the schools who use it act towards their students).

I knew she had been using the curriculum for a while now, but to actually see those books sitting on her table, it was a mountain of flashbacks, and definitely not in a good way. I thought she would know better, after what she has been through, but I guess it all feels like home to her.

I could go on and on about the problems of fundamentalist home schooling and of the private school culture within those groups, but I think Libby Anne of Love Joy Feminism says it best. Libby Anne was raised up in a home in the Quiverfull movement. Her family’s beliefs were very similar to Independent Fundamental Baptist cult that my sister fell into head first. Like Quiverfull, the IFB also rejects birth control except for in extreme circumstances (such as a future pregnancy putting the wife’s life in danger).

Reading an article from her last week made me think about my current feelings on home schooling.

First of all, do I think home schooling in and of itself is harmful? No.

There are many families who do their best to educate their kids at home while exposing them to the world around them, and encouraging them to keep an open mind. There are even atheist families that home school.

There are many reasonable circumstances that would lead a family to home school their child, from having a child who has a serious physical illness, to having a job that causes a family to move often (such as one parent being a solider). Then there’s always the desire to have one’s children get one on one attention, to help them learn.

However, using homeschooling as a tool to isolate your children from the outside world is wrong. I’ll even go as far as to say it is emotional abuse. Fundamentalist groups deliberately use home schooling this way so that their children are rarely, if ever, exposed to people they don’t agree with politically or religiously, or to people who they feel are “evil” (such as people in the LGBT community).

When someone like this is isolated to such an extent, the basic social skills that most of us learn at a very early age are not developed. I will not say that this was the only cause for the problems that I have now in relating to people. It’s more than likely something I was born with, but this isolation only made far worse.

Not only are social skills impaired, knowing how to deal with normal classroom life is affected, as well as things like changes that come by moving out of home. Libby Anne talks about coming to tears more times than she can remember in her attempts to adjust to living away from home after being in such an isolated environment. At least she had a solid group of people who helped her to work through the stress. In my case, it led to a nervous breakdown.

Simple things that everyone around me knew, such as where the little pop up desk was on the side of the auditorium style seats in most class rooms in that college, (or the fact they even existed), was unfamiliar to me, in so many thousands of ways, and people kept expecting me to know it all, and I didn’t. Just like Libby Anne, I didn’t know how to write a foot note for an academic paper.

All of this, combined with a cultural disconnect from other people, led to a miserable time and downright debilitating depression.  People who have never been through this don’t realize just how much everyday conversation and interactions are based on the culture around us. I love the way Libby Anne talks about this in a post on socialization:

I sometimes wonder if one reason so many home school parents cannot seem to understand the real meaning of the socialization question is that, having been socialized themselves, they cannot imagine what it would be like to not be.

When I read this, I reflected on both my family, and all the families that I have encountered that home school, or send their kids to fundamentalist private schools, she’s right. All of them grew up in what could be considered normal families, attending public schools, usually with parents that were either non-Christian or were only casual followers of a religion. What’s even more ironic is that many of them were baby boomers who experienced the decadence of the 1970′s. They have no idea what this kind of isolation does to someone.

This isolation and this culture that is hostile to the outside world and everyone in it will cause two extremes in the people who were raised into it. Either people will be hesitant to leave, because it’s the only life and way of thinking that they know — a perpetual Stockholm syndrome, like my sister is experiencing. Or it will drive people to leave it, like I did.

Most people of younger generations who were raised in this system are fortunately going the same route I did. The hostility towards the outside world is one of the primary reasons why younger generations are leaving fundamentalism at a very fast pace. A 2011 study by Christian polling group Barna researched most of the top reasons listed for young people leaving the churches. They had something to do with their broader rejection of the outside world, and isolation from it (which is the major aim of the fundamentalist home schooling movement). Whether that is their rejection of science, hostility towards outsiders, or hatred of homosexuality, this isolationism is starting to disgust the people raised into it.

I can only hope that this trend continues.